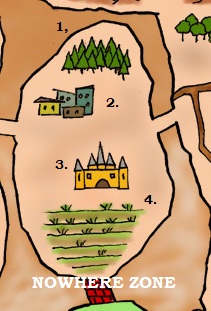 This is the middle world flanked on either side by the Mistlands. This was once the world of the humans and it was ruled by a man named Frank Adler along with his family. Now, there is little left of it due to Queen Mary and her accomplices.

This is home to Zupo the good war pig that lives in solitary. He was once King Lark’s right hand man—until he realized what they were doing was wrong.

This was once a glorious town for the humans. Now it is a   broken   mess and the  out casted loonies who sided with Queen Emihe (adopting the nickname Convict Loonies). They are banished from Candy Loo Land by order of Queen Maryanne.

This is home to Queen Emihe. She is trapped in her bronze castle and is desperately try to free herself.

This was once a lush land with crops, now it has dried up and few crops grow.

Inhabitants (book one only): 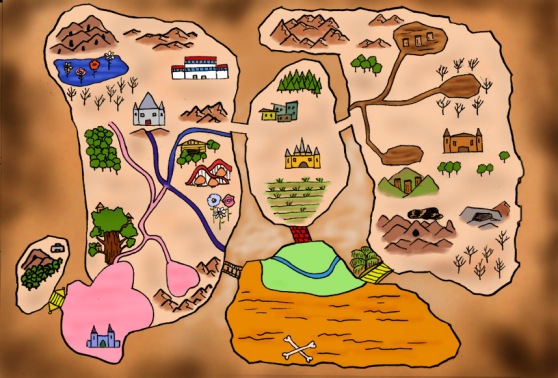